The ETP is a five-year, multi-donor partnership formed of governmental and philanthropic donor partners to support sustainable energy transition in Southeast Asia in line with the Paris Agreement, with an initial focus on Indonesia, Vietnam and the Philippines, to help the region achieve the Sustainable Development Goals (SDGs)

Prior to her current position, Manelle was Head of Energy and Digital for Africa and the Middle-East at Proparco, the subsidiary of AFD in charge of the private sector. Prior to that, Manelle has been with the AFD Group since 2005, where she covered Energy from both the public perspective as an Energy Project Manager at AFD and the private sector perspective as an Investment Officer at Proparco. Manelle was also seconded at the World Bank in the Climate Finance Department as a carbon Finance Specialist. Ms. Manelle Ait Sahlia commenced her role as a Southeast Asia Energy Transition’s Steering Committee Chair in September, 2021. 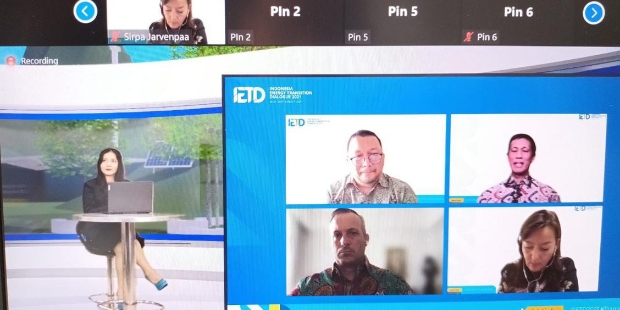 The 4th Indonesia Energy Transition Dialogue (IETD) that was conducted from 20-24 September 2021 has the objective to support the government to accelerate the achievement of the decarbonization target. The event brought 80 national and international speakers into 13 main sessions and was attended by 1200 participants all over the world through an online platform.

ETP joined in Day-5 Session and gave responses to the speaker with the topic on Paying the Deep Decarbonization as well as shared presentation about the importance of having a partnership platform to mobilize the global funding to support Indonesia’s energy transition activities to reach the net-zero emission target.

The stakeholder consultation workshop hosted by the Ministry of Industry and Trade was organized to discuss technical potential, proposed immediate priorities, financial mechanisms and structural changes to support emissions reduction in the power sector of Viet Nam.

The stakeholder workshop presented the initial findings, outline the technical and work that might be required to inform government policy, and gathered views from key government stakeholders on the immediate priorities and next steps with respect to the ETC’s “Review and Gap Analysis for the Existing Abatement Scenarios in Vietnam” supported by the Southeast Asia Energy Transition Partnership (ETP). 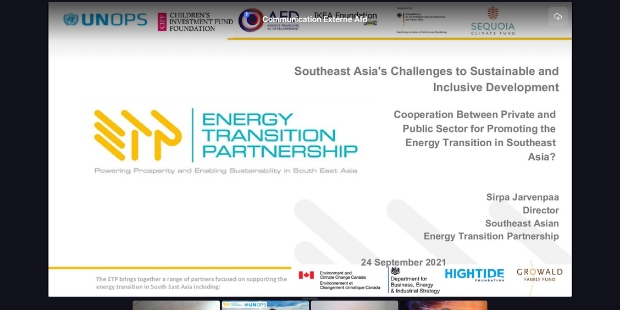 Agence Française de Développement (AFD) hosted a two-day conference that brought together key development actors present in France and Southeast Asia to share the experience and discuss solutions for a sustainable future in the region, where several challenges are faced.

On the first day, after a plenary session to present the development challenges in the region, panelists discussed cooperation between ASEAN and development actors to support Southeast Asian countries in their transitions.

On the second day, among the round tables organized to explore three key issues, ETP director spoke of the private and public sector cooperation in energy transition. Key to moving forward is clear and determined demonstration of political will by the public sector to de-risk finance for energy efficiency and renewable energy investments. This requires a level playing field and market-based competition among the technologies, as well as just transition to ensure that no stakeholder community is negatively affected as a result of the transition.

ETP, the World Bank and GIZ to Collaborate on a Just Transition Global Platform 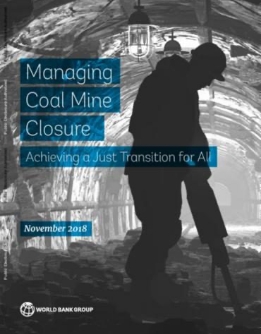 ETP is developing, in partnership with the World Bank and GIZ, a Global Platform for Energy Transition to be implemented in Southeast Asia. This Global Platform will enable coordination among the stakeholders standing to be affected by the energy transition in the Region and the development partners. It will provide support to the learning among the stakeholders of the lessons from other coal regions and development of capacity to engage in the transition issues and participate in designing support for those affected by the transition.

The Global Platform will seek to bring various development partners to work collaboratively on the energy just transition, particularly with the World Bank and BMU IKI-Just Energy Transition proposal and others to ensure systematic and structured approaches for Just Transition.

The ETP Secretariat and ETP Steering Committee members had a dialogue on the proposal for the Energy Transition Initiative: Implementation of the Philippine Climate Change Initiative Roadmap. The project is designed to facilitate collaboration between energy-mandated central agencies such as the Philippine Climate Change Commission (CCC), the Department of Energy (DOE) and the Energy Regulatory Commission (ERC) along with other non-energy stakeholders in the Philippines to achieve the reduction under the NDC target, or 75% GHG reduction by 2030.

The project outputs are expected to enable 1) modelling, measurement and monitoring of the implementation of Clean Energy Scenario (CES) policies and measures by the national government agencies; 2) assessment of the feasibility and sustainability of accelerating the CES 2030 targets by 2025 and the 2040 targets by 2030 and 2035; and 3) harmonization of the coordinated efforts and initiatives of CCC, DOE and ERC in their CES activities and building capacity of RE/EE-mandated national government agencies and their key stakeholders.

ETP is accepting proposals in the provision of consultancy service for the Philippines Energy Regulatory improvement.

The expected outcome of this project is ERC makes a measured impact to ensure a flexible, dynamic and innovative regulatory framework that pertains to and pursues greenhouse gas emissions reduction target of -75% by 2030 established under the NDC.

The project is for the provision of consultancy service for the Philippines Battery Energy Market Mechanism Support Program.

The expected outcome of this project is to achieve competitive conditions for the battery storage services in the wholesale electricity spot market, de-risking investments of the existing and new developers of renewable energy to finance renewable energy investments

The Java-Bali Control Center Project is kicking off

ETP has finished the procurement process and selected ELC Electroconsult S.p.A (Italy) as the winner to cover the works on consulting development planning and design services for the PLN Main and Disaster Recovery Control Centers in Indonesia which starts effectively per October 1st, 2021.

It is expected that the new control centers will allow an increase of various Renewable Energy (VRE) to the Java, Madura, and Bali (Jamali) Electricity System to supply to more than 155 million population in those islands and would change the share of RE generation that currently holds 2832 MW or 10.5% of total Jamali generation capacity in 2019. This endeavor is important for energy transition as an enabling key factor in integrating renewable energy into the grid and consumption and thus enabling the Government to pursue its target of 23% of RE in energy mix by 2025 and to attain its NDC and SDGs.

ETP has initiated the stock taking effort by identifying the program/activities related to the energy transition conducted by the Government of Indonesia institutions and donors. At the moment, there are around 60 activities carried out by 10 government agencies and 1 state-owned company with 20 donors (bilateral and multilateral partners) within the time frame until 2025. However, these activities are not well orchestrated to assist Indonesia in reaching the NDC target. Furthermore, ETP will play a role in organizing the communication platform between donors and the government of Indonesia with the short-term target (October) to set up the stakeholders’ meeting to discuss this issue 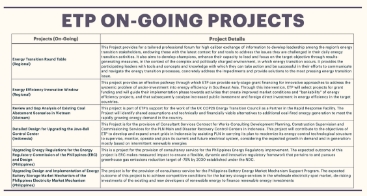